4 Common Forms of Dementia Explained and Understanding their Symptoms

It’s Dementia Awareness Month in September and we have to acknowledge the‌‌existence of dementia in our daily lives and how many Australians are impacted by it.‌‌‌

Dementia is the umbrella term for a number of neurological conditions, of which the‌‌major symptoms include a gradual decline in brain function and cognitive abilities, such‌‌as a regression in memory.‌‌‌

There is no guaranteed way to prevent dementia but research has discovered a variety‌‌of risk factors associated with its development. These include uncontrollable factors,‌‌such as natural ageing or genetics, or identifiable factors that are linked to lifestyle‌‌choices and health issues such as having a history of mild, warning strokes, high blood‌‌pressure and cholesterol levels.‌‌‌ 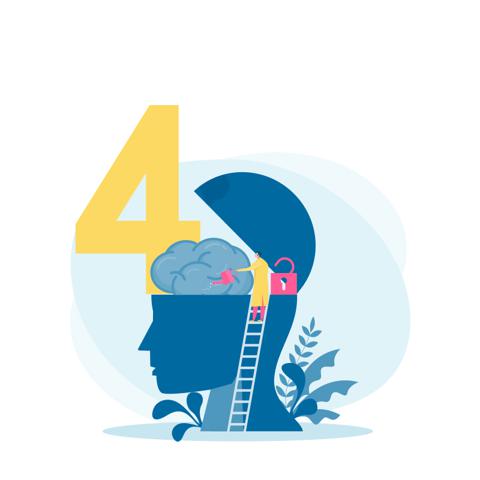 To help increase awareness of dementia, we’ve outlined 4 common types of dementia,‌‌including how to identify their symptoms.‌‌‌

Affecting up to 70% of all people with dementia, Alzheimer’s disease is the most‌‌common form of dementia. Named after Dr Alois Alzheimer, who first recorded it in 1907‌‌with the case of Auguste Deter, a middle-aged woman with dementia and noticeable‌‌changes in her brain.‌‌‌

Over the next 60 years, Alzheimer’s disease was considered a rare condition that was‌‌largely believed to only affect individuals under the age of 65. It was not until the 1970s‌‌that Dr Robert Katzman declared that "senile dementia" and Alzheimer’s disease were‌‌the same condition and that neither were a normal part of aging.‌‌

There are two different forms of Alzheimer’s disease, sporadic or familial.‌‌

The most common form of Alzheimer’s disease, Sporadic Alzheimer's disease usually‌‌occurs after age 65 but can affect adults at any age.‌‌‌

Caused by a gene-related mutation, Familial Alzheimer’s disease is a very rare genetic‌‌condition. Unfortunately, the existence of these mutated genes will cause someone to‌‌eventually develop Alzheimer's disease, most often starting in their 40's or 50's.‌‌

During the early stages, the symptoms of Alzheimer's disease can be very subtle, often‌‌starting with lapses in memory and experiencing difficulty in finding the right words for‌‌everyday subjects.‌‌‌

Of course, each affected person is unique and the disease progresses at a different‌‌pace for everyone and within different parts of the affected brain.‌‌‌

Vascular dementia can sometimes be caused by a single yet significant stroke, and the‌‌severity can differ based on the size and location of the stroke.‌‌‌

Although anyone is at risk of developing vascular dementia, the chances of this‌‌happening increase with individuals who possess hypertension (untreated high blood‌‌pressure), atrial fibrillation, and irregular heart rhythms that heighten the risk of blood‌‌clots and atherosclerosis (fatty deposits in blood cells).‌‌Usually these aspects have been connected to people with high cholesterol, diabetes,‌‌high blood pressure, pre-existing issues with arteries, irregular heart beats, a history of‌‌warning strokes, and regular smokers.‌‌

Multi-infarct dementia is the most common form of Vascular dementia. It’s caused by a‌‌series of strokes, often with symptoms that develop progressively over a period of time.‌‌‌

With each stroke, damage is dealt to the cortex of the brain, the area linked to learning,‌‌linguistics and memory.‌‌‌

An individual suffering from Multi-infarct dementia is likely to have better insight during‌‌the early stages than people with Alzheimer's disease, and parts of their personality‌‌may remain relatively unblemished for longer.‌‌‌

As a form of vascular dementia, Binswanger’s disease is associated with stroke-related‌‌changes to the brain. It is the “white matter” deep within the brain that is impacted.‌‌‌

Most people with this condition currently possess or have possessed high blood‌‌pressure levels in the past. Other common causes have been linked with the thickening‌‌of the arteries and an inadequate level of blood flow.‌‌‌

What is Lewy body disease?‌‌

Lewy body disease derives its name from the existence of abnormal spherical entities,‌‌called Lewy bodies, which develop within nerve cells. It is caused by the degeneration‌‌and death of these nerve cells within the brain.‌‌

Common symptoms of this form of dementia include:‌‌

Some people who have Lewy body disease may also feel delusional and/or depressed.‌‌

There are also three cardinal symptoms, two of which must be present in order for‌‌someone to be diagnosed with Lewy body disease:‌‌‌

1) Experiencing a series of mental state fluctuations. For example, one moment an‌‌ individual is lucid and then becomes confused and disoriented the next moment.‌‌

Why is this important to know?‌‌

Located at the front of our brain are the right and left frontal lobes. They are linked to‌‌our attention, judgement, mood, planning, self-control and social behaviour. When they‌‌are damaged, it can lead to our intellectual abilities regressing and a change in our‌‌behaviour, emotions and personality.‌‌‌

Our right and left temporal lobes are situated on the two sides of our brain and are‌‌involved in processing what we hear and being able to understand what we take in,‌‌visually and aurally. When they are damaged, it can lead to difficulty recognising objects‌‌and a regression in language skills, such as understanding speech from others or‌‌communicating back to them.‌‌‌

What are the symptoms of Frontotemporal dementia?‌‌

The damaged areas of the brain will affect what symptoms of Frontotemporal dementia‌‌are experienced.‌‌

For example, when the frontal lobes are damaged, the primary changes are in the‌‌individual’s behaviour and personality, and this is called behavioural-variant‌‌frontotemporal dementia.‌‌‌

In instances where the temporal lobes are damaged, an individual can experience a‌‌decline in language and communication skills. There are two types of FTD where‌‌language is impaired – progressive nonfluent aphasia and semantic dementia.‌‌

Experiencing a reduced ability to perform daily activities is an early symptom of‌‌frontotemporal dementia. As the disease progresses, the person may exhibit obsessive‌‌behaviour, such as repeating certain behaviours and movements.‌‌‌

At Visdon Australia, we’re committed to the provision of product that support cognitive‌‌functionality and enhance our brain health.‌‌‌